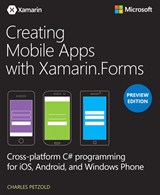 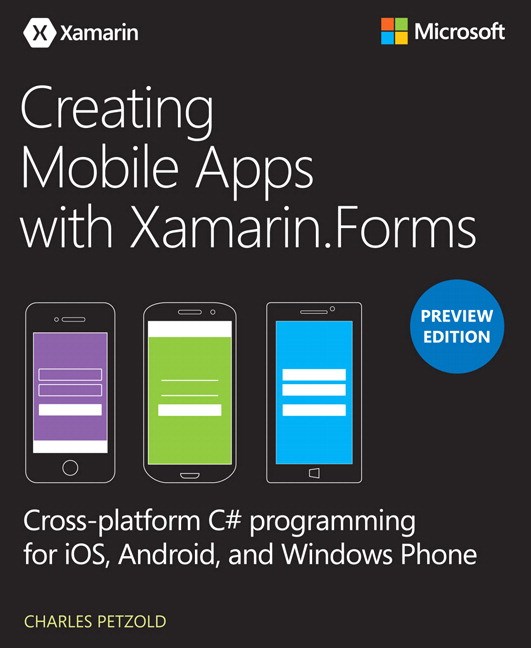 Sorry, this book is no longer in print.

This eBook is available as a free download from the Microsoft Virtual Academy.

Written by programming legend Charles Petzold and created jointly by Microsoft Press and Xamarin Inc., this Preview Edition ebook is about writing applications for Xamarin.Forms, the new mobile development platform for iOS, Android, and Windows Phone unveiled by Xamarin in May 2014. Xamarin.Forms lets you write shared user-interface code in C# and XAML (the eXtensible Application Markup Language) that maps to native controls on these three platforms. (The final edition of this ebook will be published in the spring of 2015.) This ebook is for C# programmers who want to write applications for the three most popular mobile platforms—iOS, Android, and Windows Phone—with a single code base. Xamarin.Forms also has applicability for those programmers who want eventually to use C# and the Xamarin.iOS and Xamarin.Android libraries to target the native application programming interfaces (APIs) of these platforms. Xamarin.Forms can be a big help in getting started with these platforms or in constructing a prototype or proof-of-concept application. This ebook assumes that you know C# and have some familiarity with the use of the .NET Framework. However, when it describes some C# and .NET features that might be somewhat new to recent C# programmers, the ebook adopts a somewhat slower pace. In particular, the introduction of the async keyword and await operator in Chapter 3 follows a discussion that shows how to do asynchronous programming using traditional callback methods.

Chapter 1   How does Xamarin.Forms fit in?