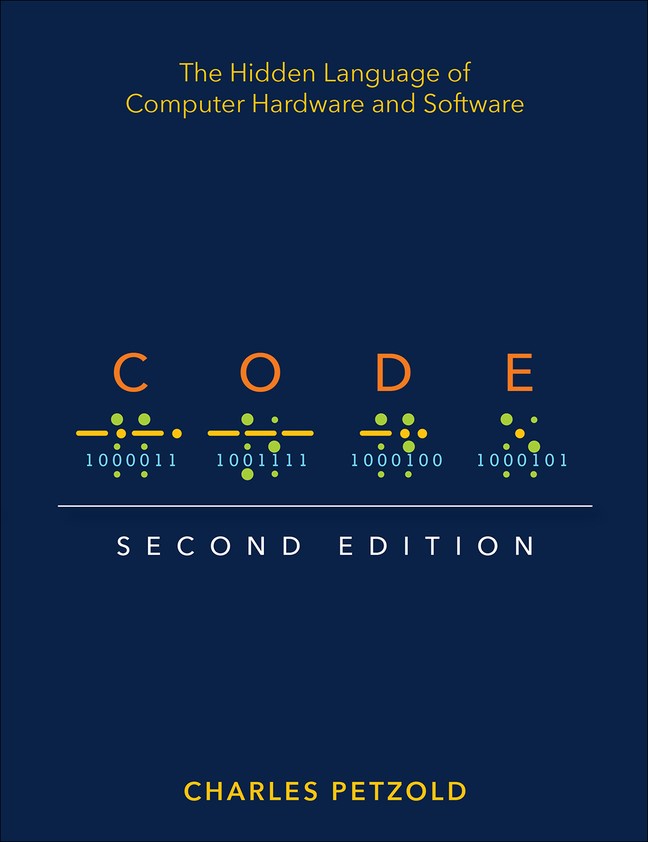 This product currently is not for sale.

The classic guide to how computers work, updated with new chapters and interactive graphics

"For me, Code was a revelation. It was the first book about programming that spoke to me. It started with a story, and it built up, layer by layer, analogy by analogy, until I understood not just the Code, but the System. Code is a book that is as much about Systems Thinking and abstractions as it is about code and programming. Code teaches us how many unseen layers there are between the computer systems that we as users look at every day and the magical silicon rocks that we infused with lightning and taught to think."

Computers are everywhere, most obviously in our laptops and smartphones, but also our cars, televisions, microwave ovens, alarm clocks, robot vacuum cleaners, and other smart appliances. Have you ever wondered what goes on inside these devices to make our lives easier but occasionally more infuriating?

For more than 20 years, readers have delighted in Charles Petzold's illuminating story of the secret inner life of computers, and now he has revised it for this new age of computing. Cleverly illustrated and easy to understand, this is the book that cracks the mystery. You'll discover what flashlights, black cats, seesaws, and the ride of Paul Revere can teach you about computing, and how human ingenuity and our compulsion to communicate have shaped every electronic device we use.

This new expanded edition explores more deeply the bit-by-bit and gate-by-gate construction of the heart of every smart device, the central processing unit that combines the simplest of basic operations to perform the most complex of feats. Petzolds companion website, CodeHiddenLanguage.com, uses animated graphics of key circuits in the book to make computers even easier to comprehend.

In addition to substantially revised and updated content, new chapters include:

From the simple ticking of clocks to the worldwide hum of the internet, Code reveals the essence of the digital revolution.

Preface to the Second Edition

Chapter Four: Anatomy of a Flashlight

Chapter Thirteen: From ASCII to Unicode

Chapter Fifteen: Is This for Real?

Chapter Sixteen: But What About Subtraction?

Chapter Nineteen: An Assemblage of Memory